So, Obamacare passed and it passed without any Republican votes. So who’s to blame for the miasmic mess that resulted from last night’s vote?

Every Republican that is sick about the time wasted on this ridiculous health care bill; who is sick about the process and dirty deals it took to get this bill passed need look no further than their mirror when looking for someone to blame. I know that everyone is saying that since the Dems passed this without any Republican votes that they own it. That is certainly true and it doesn’t take a political pro to know that there will be some Democratic heads rolling come November. But Republicans need to remember one thing when lamenting this new health care mess:

Every Republican congressman and senator that went spend-crazy between 2000 and 2008 needs to look in the mirror and realize that this is their fault. They are the reason (not Bush alone) for the losses in the House and Senate in 2006 and 2008 that gave Democrats these majorities and this opportunity. Every Republican primary voter who decided that nominating a geriatric, ideologically fuzzy curmudgeon for a presidential candidate would be a good idea, needs to wake up this morning and say, “This is my fault.”

Like I said before, elections have consequences. Let’s hope this coming November that the consequences play out in our favor. If they do, and Republicans can gain a majority in the House and/or the Senate (extremely unlikely) let’s make sure that we do everything we can to get the bulk of this nonsense repealed.

About a month ago I bought a couple of Spongebob Squarepants Parafoil kites from Woot.com for $3.99 a piece. Saturday my wife, my two daughters and I broke out the kites and spent a few hours at the park flying the kites and playing on the playground. 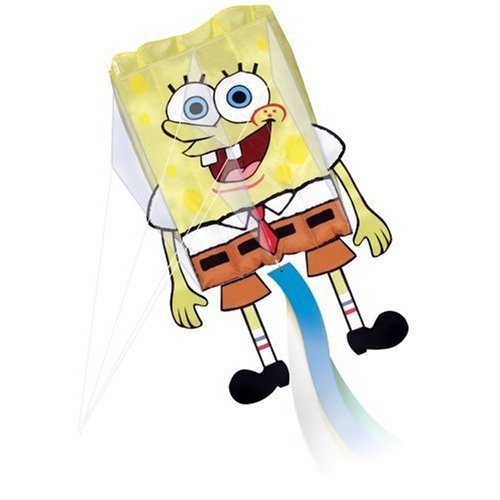 This is why I love Jonah Goldberg!

An excerpt from his comments on the militant-killing bear story:

…President Obama said, “Bears are still our valued allies, but we can no longer pursue the arrogant policy of unilaterally supporting one member of the animal kingdom over another.”

These people are running our country…oooohhhh…it gives me chills just thinking about it.

Be safe and have a happy Halloween!

So we get to the school and escort my daughter to her room to make sure she gets settled in. The teacher (who we had met last week at “Meet The Teacher” night) was talking to a group of parents and said “I have to admit that I’m the teacher that you’ve heard about who accidentally let a student get on the bus when he was supposed to be picked up by his parents last year”. Uh…great…thanks for putting all of us first-timers at ease. But my daughter was in line and ready when we came to pick her up.

My wife said that today was the longest day of her life. We (me, my wife and my youngest daughter) ran some errands today and went to some fun places so that my youngest would have a special day too. Approximately every 15 minutes my wife would ask what time it was. But overall she handled the day pretty well.

The most touching part of the day happened this morning when we were walking up to the school. My youngest girl was having almost as hard a time as my wife. She and her older sister have spent pratically every day together for the last four years. We could tell she was going to miss her closest friend. As we walked across the lawn my youngest daughter spied a little patch of buttercups and went and picked two of them. She handed the shorter one to her sister and said “Here, you take the small one and it will remind you of me. I’ll keep the big one to remind me of you.”

Everyone together now. Awwwwwww…

The Wall Street Journal has a good article/interview with Rick Perry. In it he talks about how Texas has been able to sustain higher economic growth rates and employment amidst the sagging national economy and how fiscal conservatism is the GOP’s ticket back to the game.

My Head Just Exploded!
Create a free website or blog at WordPress.com.